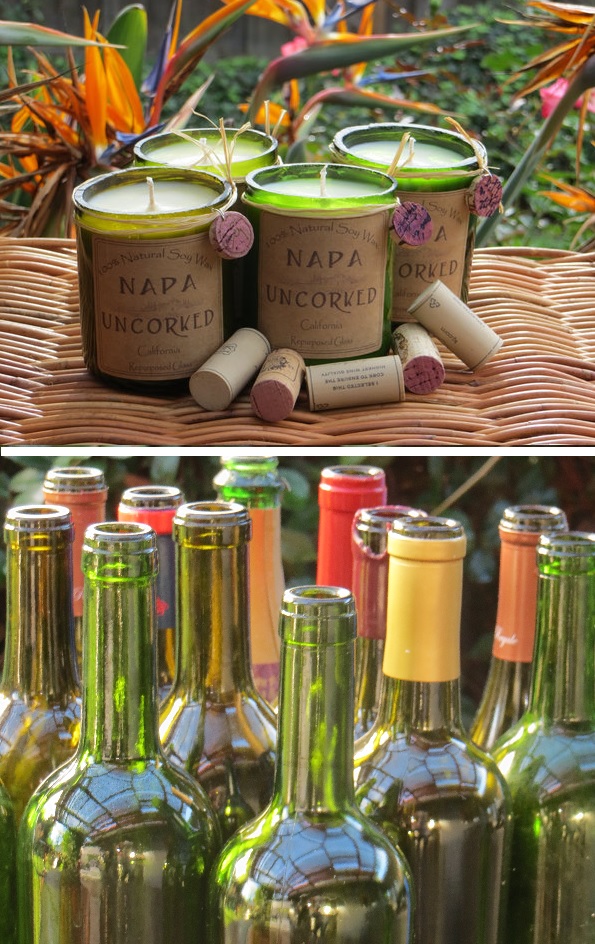 Napa Uncorked Candles: candles are made with 100% soy wax and scented with pure fragrance oils.
Soy wax will release fragrances naturally, faster and longer and burn for 60 – 70 hours.
They use recycled wine bottles from local California wineries and Restaurants.

Check out some benefits of soy candles and why they are better than the paraffin ones:

An article in BBC.co.uk titled Candle use linked to cancer risk says:
"To investigate candle emissions, the researchers burned a range of candles in the laboratory and collected the mixture of substances they gave off.
Paraffin-based candles produced "clear sharp peaks" for many chemicals, mainly because burning candles does not produce high enough temperatures to combust hazardous molecules such as toluene and benzene.
The scientists suggested switching to candles made from beeswax or soy, which did not release significant levels of the chemicals." 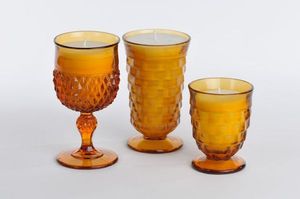 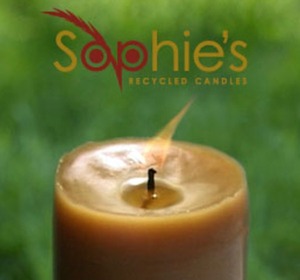 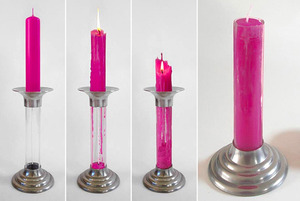 Regenerative Candle Forms New Ones As It Melts ... 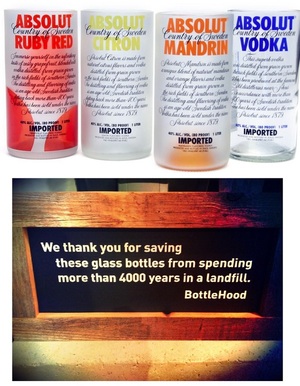